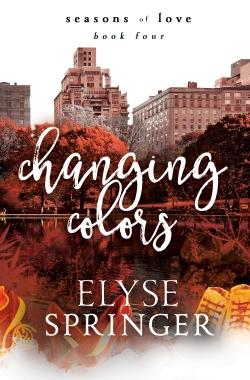 Tony Quinn has a knack for figuring people out. He likes labels, likes to be able to put everyone and everything in tidy boxes. As a theater director, it allows him to run a production without too much drama. But when he meets Gentry—“call me Gee”—in a bar one night, he discovers that some people aren’t so easily defined.

Gee Parnell is unlike anyone Tony has ever met before. He refuses to conform—to Tony’s expectations, or to society’s gender roles. He’s sexy and flirtatious, unapologetic and unashamed. And Tony isn’t sure he’s okay with that. So he breaks things off and escapes back into his well-ordered life.

But then an attack leaves Gee bloody and bruised, and Tony realizes that he isn’t ready to lose him. Not only is the passion between them off the charts, but Gee shows him a different way of understanding people. However, an exciting new job opportunity means that Tony has to decide between hiding his sexuality and his relationship with Gee, and his newfound appreciation for the color and beauty Gee brings to his life.